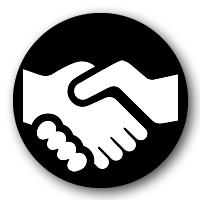 Running a business is more than just following a business plan it involves making difficult decisions far in advance, structuring for contingencies, and securing the future.

A Shareholders Agreement is a provision set forth by the shareholders to provide structure to the company and guidelines of what to do if a problem emerges with a shareholder.

A Shareholders Agreement can include, but are not limited to:

The buy-out provision, which is activated in the event of the death of a key shareholder, is often funded by a life insurance policy.  The lump-sum payment that is made when the shareholder dies and is immediately used to purchase the shares and keep them in control of the company.  The Shareholders Agreement can address how the insurance is owned, how the premiums will be paid and who will be the beneficiary under the policies.

A Shotgun clause may also be included in the shareholders agreement.  This clause allows a shareholder (A) to make an offer to buy out another shareholder (B).  However, if Shareholder B is dissatisfied with the offer, B must purchase A's shares for the same amount that he was originally offered.  In other words, A must make an offer that he deems fair because he will be forced to sell at that price if B rejects it.

A Shareholders Agreement also may include the right of first refusal, which outlines what a shareholder who wants to dispose of their shares will do.  It gives details on timelines, who would get first rights to the shares, how the shareholder would go about selling them, etc.  It would allow so that transparency would take place in all share transactions.
It also will give limitations of the agreement.  The Shareholders Agreement will have a termination clause that will describe at which point the agreement becomes invalid; for example, during bankruptcy.  Also, it will describe penalties that any violating shareholder would face.

A proper Shareholders Agreement, when put in place, will help deal with any unforeseeable event so that they do not have negative ramifications during a transition phase.

ARE YOU SET UP TO ELIMINATE TAX LIABILITY UPON DEATH?